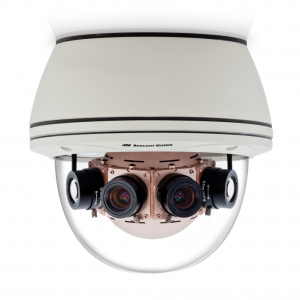 The Closed Circuit Television- mostly known as CCTV camera is a video camera used to transmit signals to the specific place on a limited set of monitors. The concept was first introduced in Germany in 1942. Soon, the camera got its popularity all over the world- within a decade, major powers as America and China had them installed. But it took more than half a century for these safety guard cameras to arrive Nepal. The concept first came to Nepal about a decade ago- 2007 B.S. Nepal police had 48 of these cameras installed for the first phase. And just in a decade, CCTV camera has made a large market- hundreds and thousands of them have been installed around the country.

Why is the CCTV camera needed in Nepal?

CCTV camera is needed in order to monitor the activities taking place- shield oneself from being harmed by any intruders or robbers. In a country like Nepal, where there are very fewer gadgets for crime detection, CCTV camera helps in reducing crimes and protecting the employees in a premise. To combat the increasing theft rate, CCTV cameras in Nepal should be installed in every premise to protect the workers at the workplace.

Whether it be banks, finances, big or small marts, wholesale or retailers every shop should be safe. Especially when you are not present in your shop 24/7, these camera keeps an eye for you. And if the police security around your house is weak, have it installed in your house as well.

Where have they been installed?

CCTV has been installed in schools, colleges, businesses premises- bank, marts, and wholesalers. Around the high-risk areas like Balaju-Chabahil road, Bhotahity-Budhanilkantha; Durbarmarg-JayNepal-Naxal etc of the valley; Lake-side- New road areas of Pokhara and other cities like Dahran, Biratnagar, Dang also have some of them installed. Though Government has been weak at providing public security with an only a handful number of CCTV cameras installed, private-sector have hundreds of them. Popular marts like Bhabhatei, Saleways etc; all the banks and high transaction shops have a number of them installed.

According to Police Commissioner’s Office said, “400+ cameras in the valley that has been installed by Nepal Police.”

Where to get a CCTV camera?

There are hundreds of CCTV camera dealers in Nepal, but not all of them provide high-quality service.

Techno Vision offers the complete CCTV camera service in Nepal which the custom designed as per your requirements. They use high definition digital recorders for optimum picture quality. Techno Vision aims to provide strong video surveillance systems for every place you want- homes, businesses, and government. They set-up an interactive network of development, sales and service through partnerships with installers, consultants and end users. They provide a wide range of option from Dome camera, Bullet/ Box camera, Speed Drome and so on. They also have Time Attendant system, Batteries,  and Access Control System.

Let’s make use of smart technology for strong security and surveillance. Techno Vision believes in providing the highest quality CCTV services in Nepal.